Robin Williams and How He Touched my Life

Robin Williams and How He Touched my Life 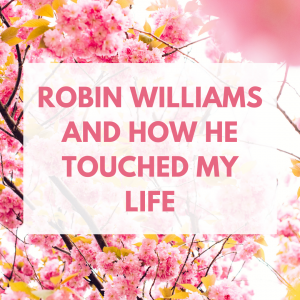 I met Robin Williams at a charity function in San Francisco which was hosted by The Glide Church.  Sharon Stone was there and part of the donation meant that I would be able to pose with her and have my own memorable photo.  What was memorable for me though, was when I met Robin Williams.

I was in my mid-thirties and this was my first charity function.  I was unsure of myself as I was surrounded by celebrities and well known influencial figures.  I went to the bar to order a beverage, and Robin Williams was there.  He looked at me and complimented me on my hair style.  He then proceeded to ask me questions about ME.  We chatted for a good 15 minutes or more and I remember feeling at ease, having a normal conversation.  He was so nice, kind, funny and affectionate and I felt safe around him.  He made me feel special.

Back in those days, I was a broken person.  Insecure, lonely, feeling unloved, mainly because I was dating the wrong guy – a guy who basically knew how to manipulate me as I was a very trusting, giving soul.  My intuition told me to run as fast as I could from this man, but somehow I bought into his persona (which was duplicitious to say the least…later on I learned he was dating multiple women, lying about my character to each one of them, making me out to look like someone I wasn’t: he caused a huge misperception of me which caused his friends and these women to mistreat and bully me. What they didn’t know was he was the one pursuing me and feeding me a pack of lies, blah blah blah).  I also did not have a strong support system, I know now that when you are insecure, lonely, feeling unloved,  there is a tendency to attract wrong friends. These friends were two-faced, takers, and couldn’t care less about me and my personal life.  I didn’t really know their true colors until I started setting boundaries within myself and with them.  It was a horrible time in my life. As a first generation American, I was taught to be loyal, kind, genereous and that I was, only to predators at the time.

After meeting Robin Williams that night, I left the charity with a renewed spirit, inspired and a strong conviction- a paradigm shift occurred within me.  I began sticking up for myself to the guy I was dating and to the so called friends.  This in turn made them angry, they ridiculed,gossiped and slandered me – but of course, I had the sense to finally cut the cord.  My life from then on turned out for the best,  because when you cut the cord with ugly people with ugly souls, you are FREE to live the life you want and pursue your dreams without any negative distractions.  It was my experience with Robin’s kindness, warmth, humor and affection that inspired me to say no to the crap and yes to myself and carve a new life for me.  I knew there was more to life and that I can change any experience just by choosing goodness and spotting evil and protect what I value: my integrity, peace of mind, and my soul.

Years after that meeting, Robin surprised us at Electronic Arts for our quarterly company meeting, and he was on a roll.  When He saw me, he pointed his finger towards me and said “Hey I know you!”  He had no script and I was impressed with his wit and humor, my face hurt for hours from laughing so much!  Everywhere he goes, there is a trail of laughter and happiness.

My heart is sad that Robin Williams has passed, he was a true giver of happiness, laughter, warmth, and kindness.  I will treasure my memory of him.

I had photos of us taken together, but lost them in a move, otherwise I would have posted our photo of him hugging me and us laughing with each other!

God Bless You with peace, beauty and love Robin Williams and my prayers go out to  your family. 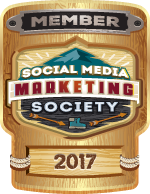